Gather The Fragments (GTF) Bible Mission compound is in the rural village of Baomahun, located between Bo and Yele in the center of the country.  Bo, the second largest city in Sierra Leone, is where we purchase supplies, conduct our banking, a take care of most other business.  It’s only a distance of 37 miles to Bo but the rugged dirt roads make it a journey of 2-4 hours, the condition of the road being worse during the intense rainy season, running from May through December.  Other business is conducted in Freetown, the nation’s capital, which is a 6-8 hour ride.

The national flag of Sierra Leone was officially hoisted on April 27, 1961, the celebrated day of liberation from Great Britain. According to the national constitution, the flag is a tricolor of green, white and blue; green being at the top.  The green stands for the agriculture, mountains and natural resources. The blue stands for the hope that the natural harbor in Freetown will make a contribution to peace in the world. The white represents unity and justice.

The Port of Freetown Africa’s largest natural deep water harbor, and also ranks among the largest harbors in the world. 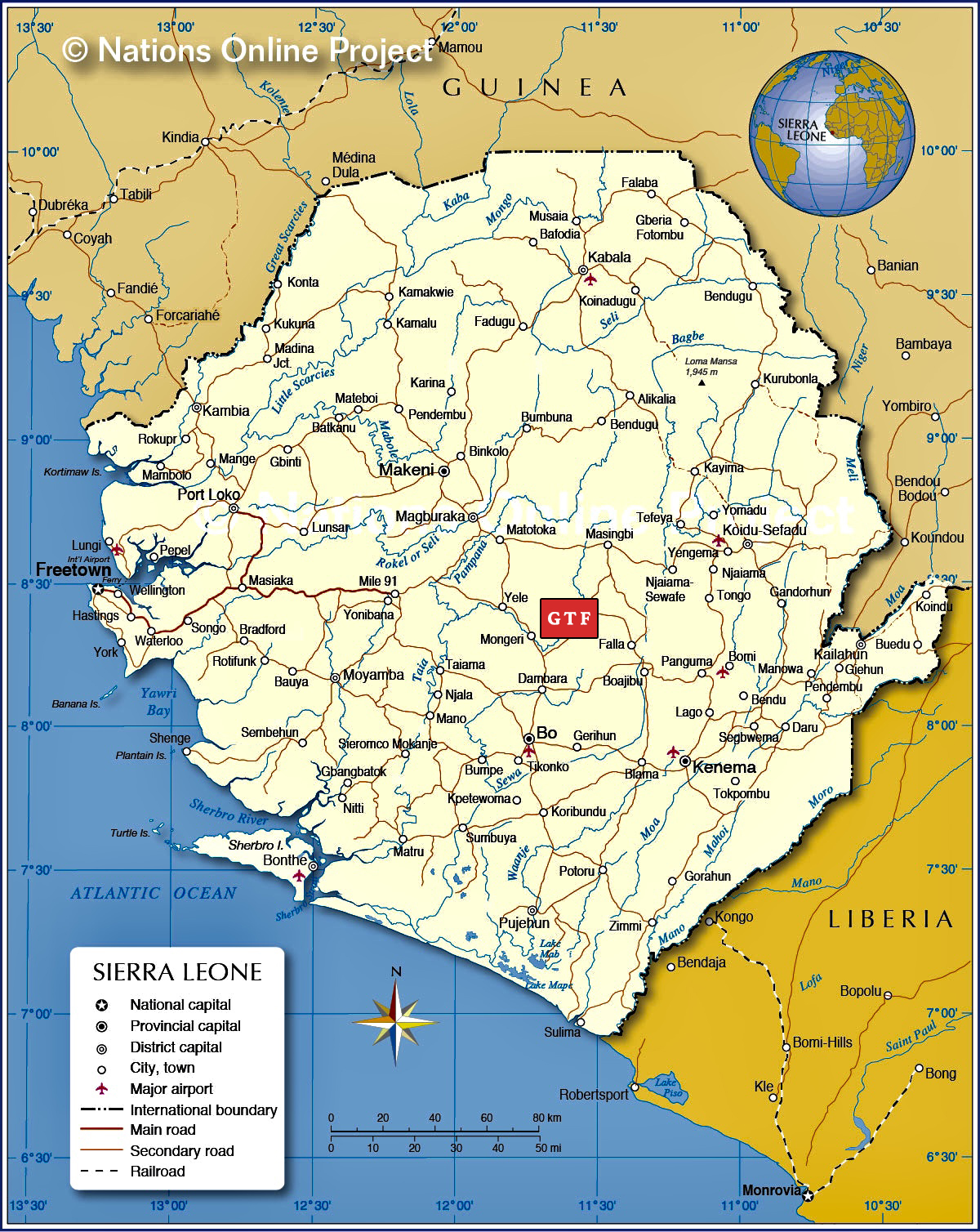 Sierra Leone is a country rich in natural resources, yet is among the poorest, least livable countries of the world. To gain a better understanding of this strange paradox, we invite you to read this detailed history of Sierra Leone, as well as The World Factbook’s current information.

To catch a glimpse into the life and culture of this beautiful country, please visit this Sierra Leone Webpage.

Subscribe to Laura’s blog, Fragments of Gold here, to read stories of the culture, the people, and the country of Sierra Leone.