I will restore to you the years that the locust hath eaten, the cankerworm, and the caterpiller, and the palmerworm . . .  (Joel 2:25) 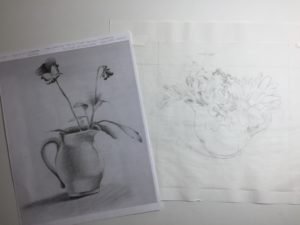 Sketches of miniature pots of posies. Some of my personal projects on their way to being greeting cards.

I am in bed, wracked with pain so fierce that it hurts to even think or open my eyes.  I’m being shredded — from the inside.  Everything is on fire.  I’ll admit that I’m frustrated, which doesn’t help.  It’s been over two years since my return from Sierra Leone and even longer since my battle with cerebral malaria.  Sometimes I wonder how much a body and brain can take!  My health history includes two acquired brain injuries; first from surgery, second from cerebral malaria.  But I am making progress and my visits to Mayo Clinic in Jacksonville  have been promising.  As I lay here on the mounding pillow pile I sometimes feel like my little vapor is slipping away and I can’t do anything about it.  But then my mind drifts back and I receive much encouragement from the Lord.  With a little chuckle I say out loud, “Yes Lord, we’ve been here before, haven’t we, you and I!” 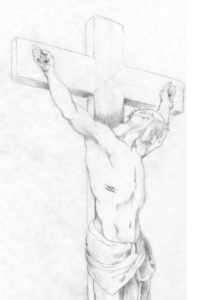 The preliminary drawing for my new crucifixion illustration. This is already transferred to watercolor paper and ready for painting to begin. It will eventually be a 3×5 foot banner for open air preaching in Sierra Leone!

I’m laying in another bed, surrounded by a different pile of pillows.  A stream of tears is trickling silently down my cheeks, into my ears, and watering the freshly growing hair at the nape of my neck.  I am recovering from brain and spinal surgery done early in May and the surgeon had to shave the lower half of my head.  The red curls are now coming back soft and new.  It was evident by this time that my recovery wasn’t going as well as my doctor had hoped.  I would spend most of the next three years in bed — tormented with unexplainable, mind numbing pain.

Joel 1:4 painfully stood out to me; I kept going back to read it.  It seemed like everything was systematically being stripped away; what did I have left?  As weeks blended into months and years, slowly the recovery came.  All told, it took nearly 10 years to gain back what I had lost in health and even then I was never really the same.  Therapy, exercise, medication, and stubbornness had done all they could.  But on that hot July day I was asking the Lord to restore just one thing: my art.  The one gift the Father had given me was completely inaccessible to me now and of all that had been devoured, this loss cut the most deeply.

Ugh.  With shaking, sweaty hands I managed to prick my finger with the lancet in the kit and now my blood droplets on the test strip show positive — Malaria!  I’d like to know just who assigned this to my schedule — fire that man!  I didn’t know it at the time but this round would prove to be cerebral malaria which is often fatal and was assuredly the worst malaria bout I’ve had.  Stephen was traveling on the dry season evangelism circuit so I’d be facing it alone — again.  I went to bed but, alas, no pillow pile here.  In my delirium, tossing my fevered body on the cool waterbed, I managed a prayer which I vividly recall, “Lord, if my time on your earth is over, please take me quickly.  But if you still have work for me to do please, please recover me — quickly.  I can’t take any more of this.”  I had prayed that same one other time in the spring of 2013 when I had Dengue fever;  I’m not sure which sickness was worse.  In both I cried out and in both the Lord brought slow healing.  But a previously injured brain can only withstand so much and this round of malaria claimed a hard toll.  By June I had returned to the States completely broken.  I honestly don’t remember most of the trip home and I’m not certain how I managed the 30 hour journey other than the prayers of others. 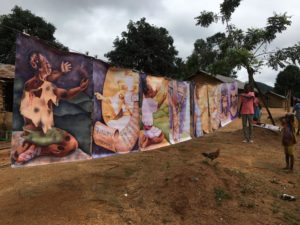 This is what I live for! Illustrated Evangelism – my part in the ministry in Sierra Leone

Job 14:7-9 For there is hope of a tree, if it be cut down, that it will sprout again, and that the tender branch thereof will not cease. Though the root thereof wax old in the earth, and the stock thereof die in the ground; Yet through the scent of water it will bud, and bring forth boughs like a plant.

I certainly had been cut down.  My desires and ambitions had been devoured.  Yet through the scent of water, the constant washing of the water by the word, there was hope that my life would once again flourish and bring forth for the Lord.  My confidence in the scriptures is what has seen me through each of these difficult times when my health has been completely spent.  Though strained and tested, my assurance in the word of God has thankfully never been devoured. 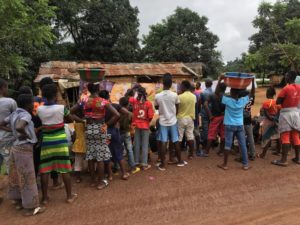 Since my confirmed Ehlers-Danlos (EDS) diagnosis at Mayo Clinic I’ve been researching and learning a lot.  I now know that these times of brokenness are called an EDS a flare up or relapse.  The more severe ones such as described here, might be called a crisis.  Severe physical stress through a traumatic surgery or other major illness can trigger a crisis of gargantuan proportion which is why I was so completely devoured following my brain surgery in 1997 and then the cerebral malaria in 2017.  Understanding helps.  Now that I’m beginning to be restored I need to learn to manage these symptoms.  It’s hard because on the outside I don’t look ill but the reality is that I am very unwell.  I don’t always remember that and can quickly over-do myself.

In Joel 2:25, God says, I will restore to you the years that the locust hath eaten, the cankerworm, and the caterpiller, and the palmerworm

And restore he has!  Although I’m still slow, I am now enjoying great liberty with my artwork.  I’m even making time for some personal projects.  It’s amazing how much better the quality of the artwork is now that I can concentrate on that alone and not have to think about fighting fires, battling cobras, entertaining drop-in guests, baking bread, and making meals from almost nothing.

When the Lord recovered me from the Dengue fever and cerebral malaria, he gave me the firm assurance that he still had work for me to do.  Now I can look back on that assurance with the confidence that, although I may never be much better than I am now, his work is still my vision and he’ll give me the daily strength to fulfill my duty of giving the gospel visually to one of the least literate countries in the world.  I marvel every time I think of it.

Illustrated Evangelism: still be my vision. 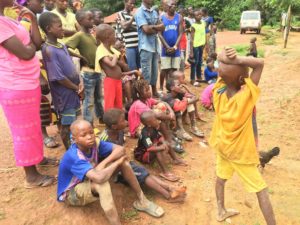 Once it goes in the eye-gate it reaches the heart. Mine eye affecteth mine heart (Lamentations 3:51)