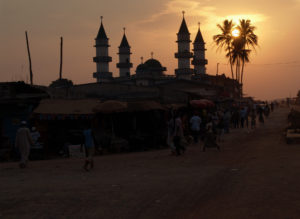 Kono is a stronghold of spiritual darkness

John 6:9  One of the disciples saith … but what are they among so many?

John 6:12  he said unto his disciples  … Gather up the fragments that remain that
nothing be lost.

Ahhh, finally I put my feet up to enjoy a cup of steamy hot tea.  Even in the worst heat of the dry season, I’ll take my tea HOT! 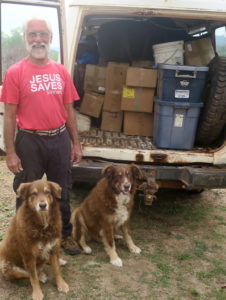 It’s been such a flurry of activity.  While Stephen was in Mile 91 for training and evangelism,
I was overloaded with work getting things prepared for his next trip, our biggest campaign yet.  Printing and binding evangelism booklets, an unusually large number for the five churches the team will be with.  Making evangelism banners.  With only paper and pastel to work with, they need to be renewed each season, and I’m falling behind in my production of these open-air favorites.  I wondered if I would have enough time to do all the laundry on his return from Mile 91.  The turn around time was tight this time with only four days between trips.  Stephen always comes in with a mountain of laundry, and it all needs to be washed, hung out to dry, folded, and repacked.  Somehow we managed to get everything together, and he’s off again, this time for three weeks.

Stephen, Moses, and Michael were on their way early this morning, while it was still dark and cool.  Michael had a cramped spot in the rear of the Land Cruiser amongst all the evangelism materials to supply the five churches.  They should be unloaded by now. 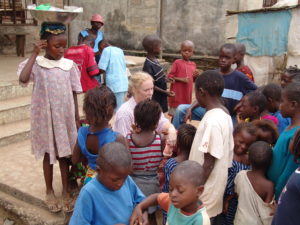 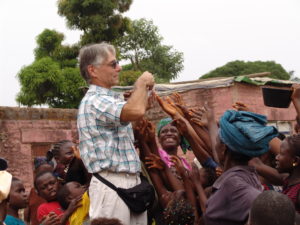 Meanwhile, I’m on the veranda relaxing in the cooling early evening.  When Stephen is gone the pace is slower as I make my own schedule, and try to get some extra rest.  This trip is a long anticipated one — the training team is going to Kono!  Such a thrill.  Stephen and I were in Kono together during the last week of December, 2005, while on our month-long survey trip.  It was the highlight of our trip, and we have wanted to get back since that incredible week.  Now, 12 years later, he’s returned to the east, while I’m unable to travel.  But most surely, my heart goes with them. 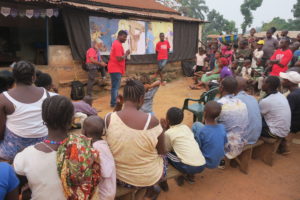 Translating the Old Story into the Kono tribal language

I was early on the veranda this morning for prayer before the disturbance of the 5 o’clock mosque call.  I like to grab the few quiet hours.  As the sun made its way up, I looked to the brightening Kangari hills, and my mind’s eye traveled further to the Eastern Province and the red clay streets of Kono.  I could see where we had walked 12 years ago.  I thought about the children we had met who would now be adults.  And I could see three red shirts.  My heart fell into silent prayer for the training team, and for Stephen and myself as well. 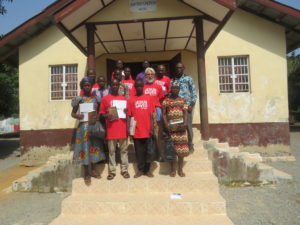 Training up new Red Shirts is the work of the traveling team.

You have sent us out with the charge to “Gather up the Fragments that remain that nothing be lost.”  Gleaning can be tedious work but souls must be saved.  So we press on with joy.  Father please give us fragments to Your glory, ‘that the Lamb which was slain may receive the reward of His suffering.”

Father?  May I ask this prayer differently?  Are there perhaps some fragments of laborers in the dear homeland who can be gathered up by Your loving hand to come help two aging laborers?

What are we among so many? 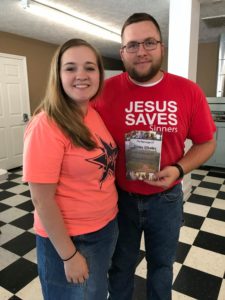 Post Script:  Since that spontaneous prayer on the veranda, the Lord has called Stephen and Rebekah Mustard to join us in the work.  What joy!  Two has become four, and for that we rejoice.  We now dare to pray for another family to join the Mustards and help in the labor.  As my Stephen dedicates even more of his time to the circuit of training and evangelism, the teaching at our local Bible Institute needs to continue.  There is discipleship of new believers. There are open invitations to teach Bible lessons in schools to students of all ages.  There is local and semi-local evangelism and training at partner churches.  Four is certainly better than two, but how much more could be accomplished with a few more red shirts in the team! 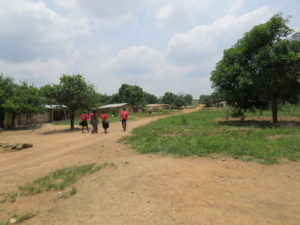